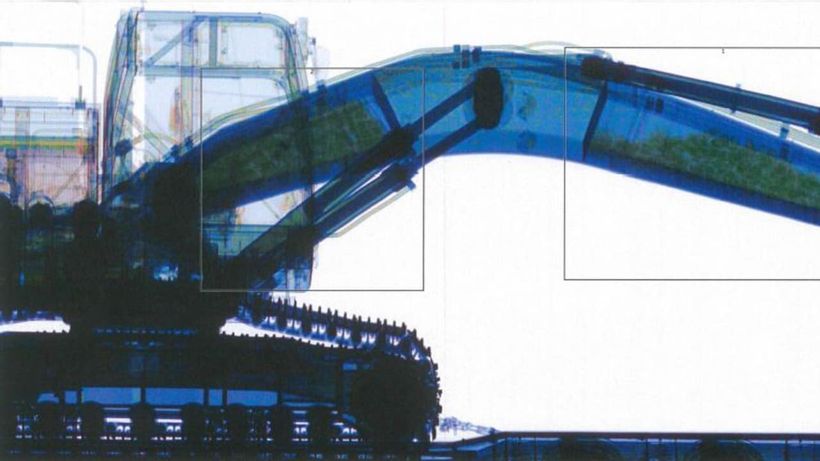 Five men have been arrested after 448kg of MDMA was found concealed inside an excavator imported into Australia from the UK.Australian Federal Police searched several homes across Sydney’s west on Wednesday, including across Blacktown, Mortlake, Homebush and Greystanes, seizing $1.2 million in cash.
Two men were arrested, while another three were apprehended in London.
The haul has an estimated street value of $79 million.
Police and border force officials will address the media later on Friday.
…