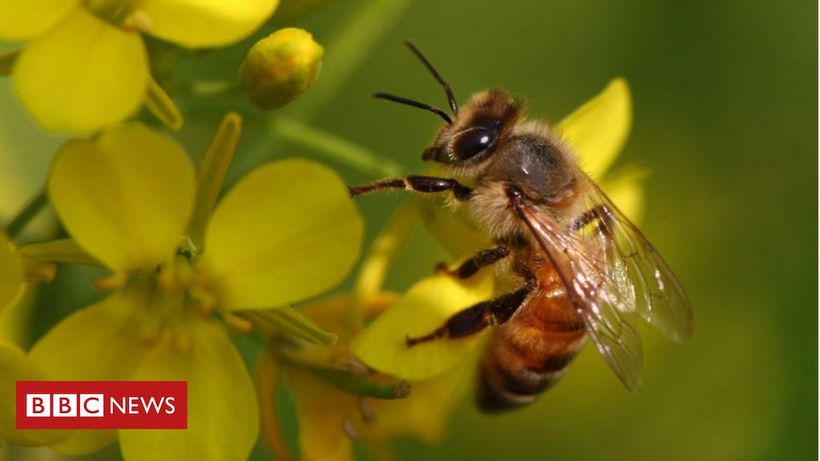 image copyrightGetty Images
image captionHoneybee populations have been declining sharply around the world
Researchers have found that honeybees in Vietnam collect and smear animal faeces around their nests to prevent deadly raids by giant hornets.
They say the finding is the first to document the use of “tools” by honeybees.
The bees used chicken poo, buffalo dung and even human urine to defend their hives.
Honeybees, in decline worldwide, play a critical role in pollinating the plants humans depend…