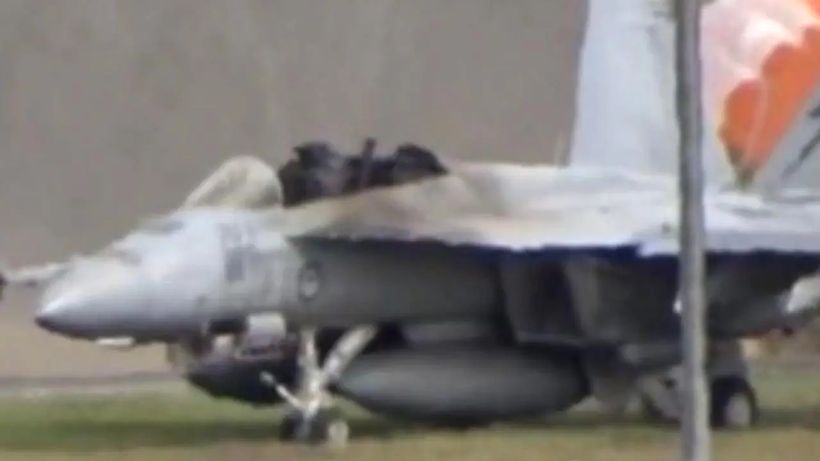 The air force has grounded 35 jets after two pilots were forced to eject before a crash in Queensland.A Super Hornet jet ran off the runway RAAF Amberley Base outside Brisbane on Tuesday, forcing an emergency exit as the takeoff was aborted.
Vision obtained by Channel 7 shows smoke billowing from the $75m jet as it grounded to a halt nose-first. Two pilots could be seen parachuting to the ground.
A malfunction during a training exercise reportedly triggered their automatic ejection.
Still images…