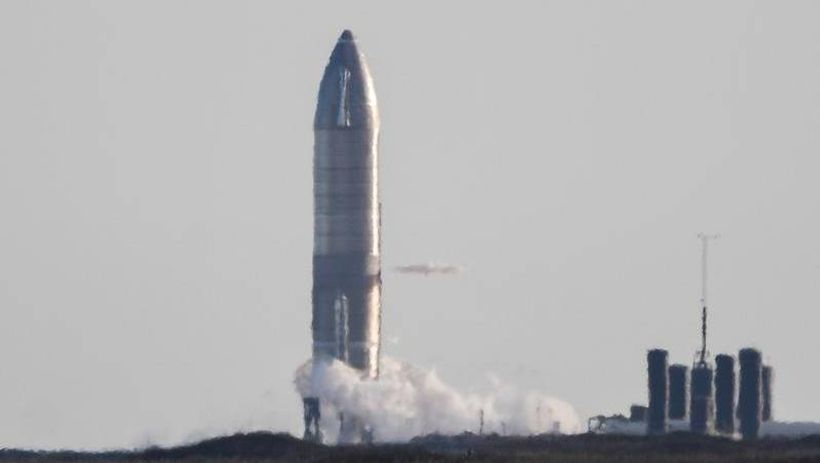 The first high-altitude test flight of SpaceX’s futuristic Starship has been aborted at the last second in Texas.
SpaceX came close to launching a prototype of the rocket ship that company chief Elon Musk is designing to carry people to Mars.
The goal was to shoot Starship to an altitude of 12.5 kilometres – the highest yet – then bring it back to a vertical landing.
But an automatic engine abort occurred with just 1.3 seconds remaining in the countdown.
SpaceX announced on its web broadcast it…