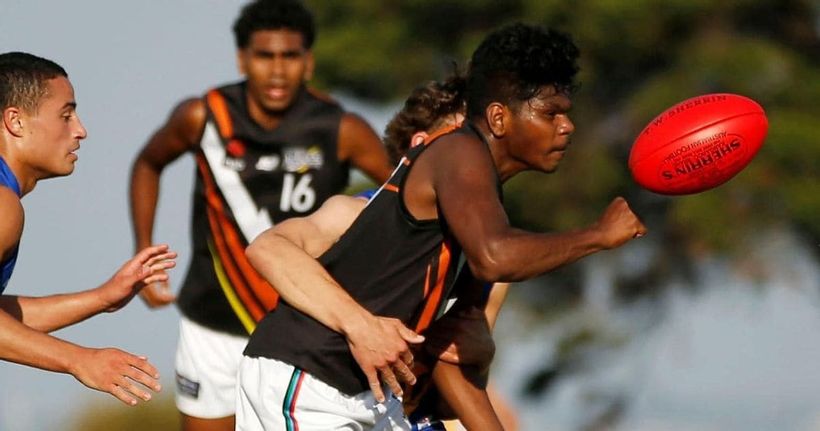 IS ESSENDON up to its old tricks?
A day out from the NAB AFL Draft, the Bombers are continuing to signal they could bid on a range of Academy and father-son prospects.
On Tuesday, they are understood to be meeting with Richmond father-son talent Maurice Rioli jnr, with the Bombers having previously expressed their interest in the Northern Territory prospect.
Rioli is tied to the Tigers, who under father-son rules can match a bid for him at any stage of the draft. But the club is hopeful it could…