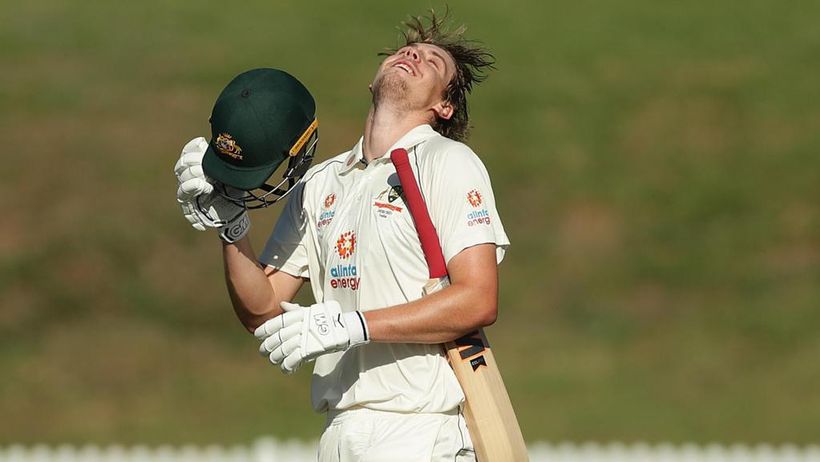 Former Australian spinner Brad Hogg has called for Cam Green to make his Test debut against India next week after the WA young gun produced a polished century against the tourists in todays tour match.
Green reached his ton off 145 balls in a composed display for Australia A at Sydneys Drummoyne Oval, further enchancing the 21-year-olds claims as a future star.
The Subiaco Floreat product brought up three figures with a superb cover drive for his ninth four of the afternoon before removing his helmet…