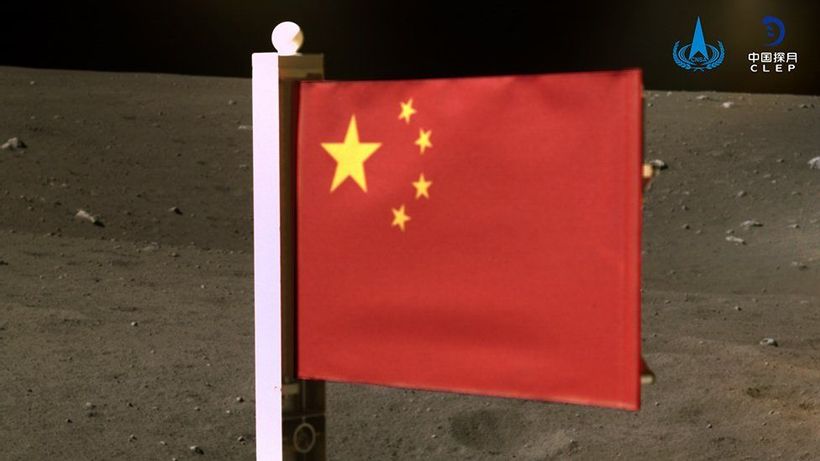 The lander deployed a Chinese flag
China has planted its flag on the Moon, more than 50 years after the US first planted the Stars and Stripes there.
The pictures from China’s National Space Administration show the five-starred Red Flag holding still on the windless lunar surface.
They were taken by a camera on the Chang’e-5 space probe before it left the Moon with rock samples on Thursday.
Two previous Chinese lunar missions had flags on the crafts’ coatings – so neither could be affixed to the…