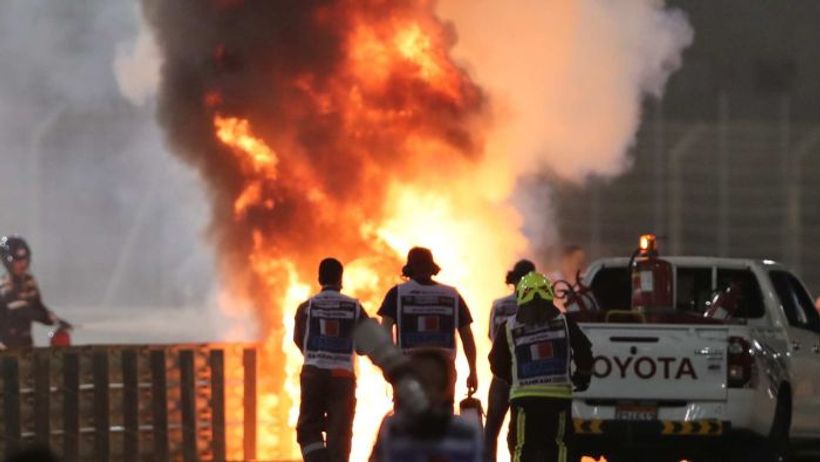 The Formula 1 medical car team who helped Romain Grosjean make a “miracle” escape from his fiery Bahrain Grand Prix crash have played down their heroics and said they would learn from it to do better if such a horrific accident happened again.
Key points: