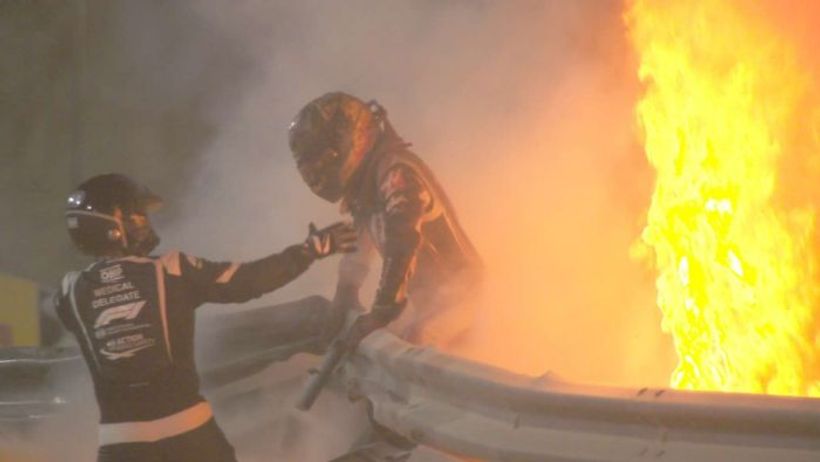 Haas F1 driver Romain Grosjean has incredibly walked away from a fiery crash at the Bahrain Grand Prix with just minor burns to his hands and ankles.
In the opening lap of the race, with Canadian driver Lance Stroll in front of him crashing out into gravel, Grosjean veered right in the congestion, clipping a Daniil Kvyat’s front wheel before veering sharply into the barrier in an explosion of flame and fuel.
The force and angle at which Grosjean hit the metal barrier cut his car in half, sending…