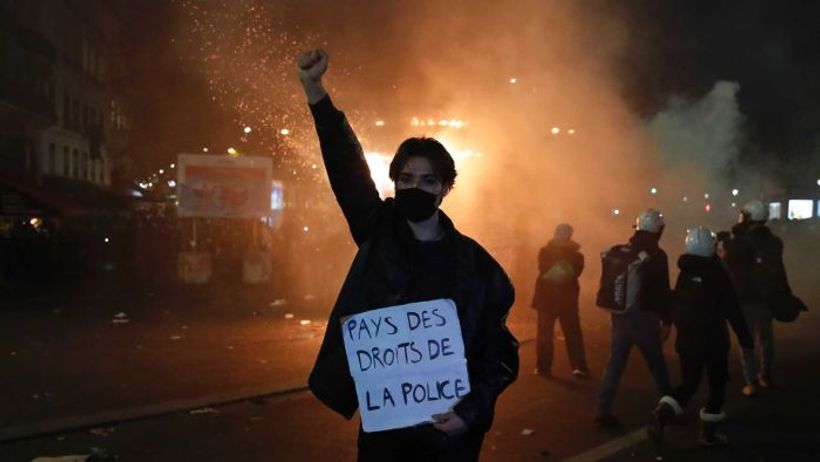 Black-clad protesters have clashed with security forces at the end of a demonstration against police violence in Paris.

It came after masked protesters launched fireworks at…