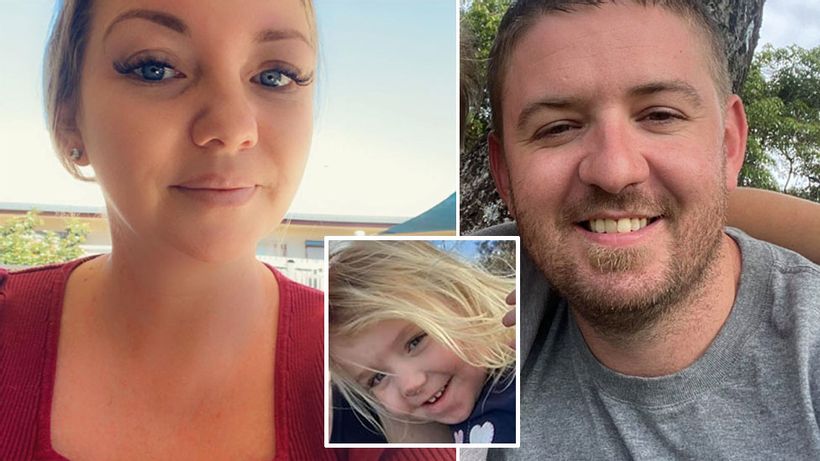 A mum and her boyfriend charged over the death of a toddler who allegedly died in a hot car amid soaring temperatures have been identified.
Laura Peverill, 37, and her 29-year-old boyfriend Aaron Hill have been charged with manslaughter after rushing her daughter, Rylee Black, 3, to the Townsville University Hospital on Friday afternoon.
Police were called to the hospital and told the mum had found Rylee dead in the car.
Preliminary investigations indicate the young child was left inside a locked…