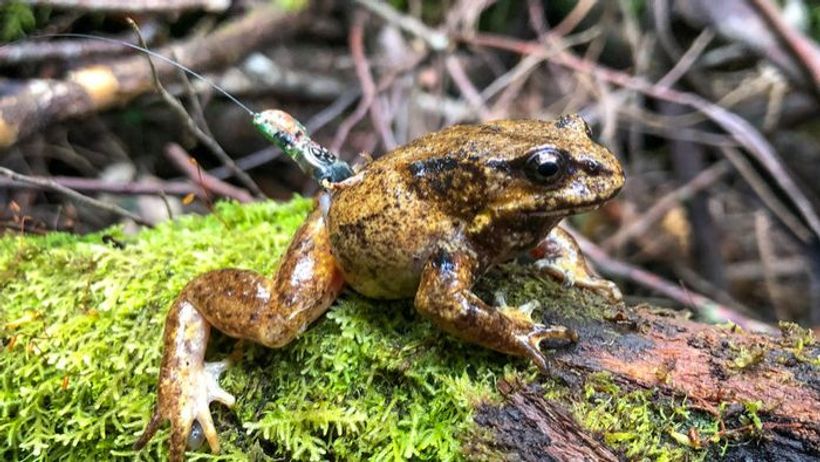 Fifty tiny frogs released into the wild in eastern Victoria are not just carrying radio transmitters on their backs, but the hopes of their species as well.

The Baw Baw frog is the only frog that is endemic to Victoria, but its numbers have dwindled to the point where it is now critically endangered.
Fewer than 1,000 of the…