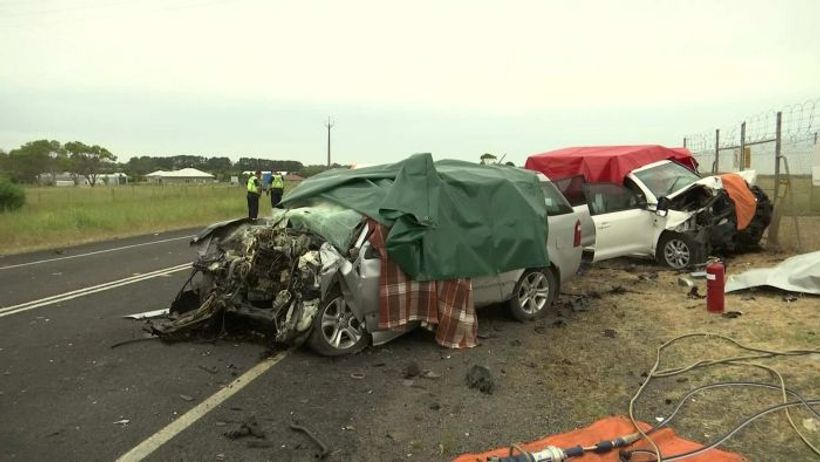 Three people have died after a head-on collision in South Australia’s south-east this afternoon.

Police and emergency services were called to the Princes Highway at Suttontown, 5 kilometres west of Mount Gambier, at 12:30pm.
The three occupants of a Ford Territory a 39-year-old woman, a 77-year-old woman…