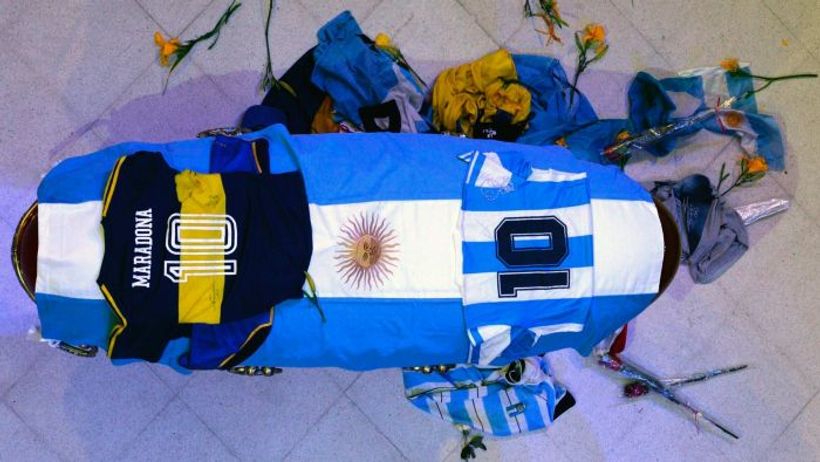 Three funeral workers have been fired for posing for photos alongside the body of football star Diego Maradona shortly before his funeral.
Key points:

The images were distributed across social media, creating outrage, even death threats, across Argentina, which venerates Maradona.
The charismatic football player, world champion with the Argentine…