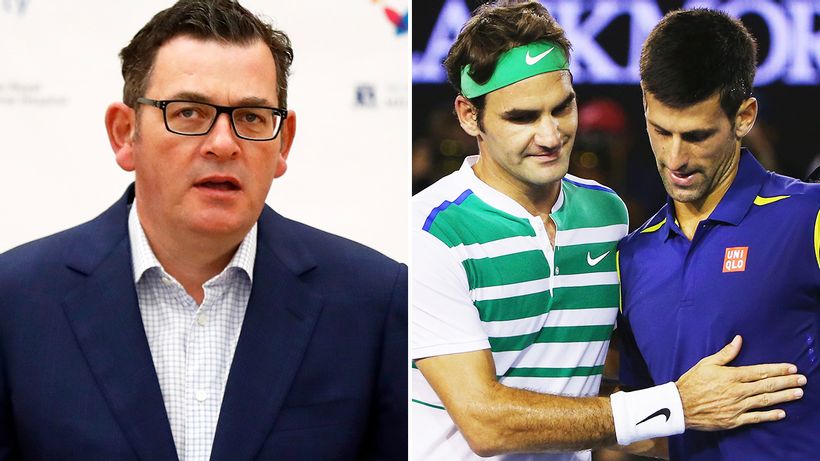 Daniel Andrews played down reports the Australian Open could be delayed by months. Image: Getty
The Australian Open is reportedly set to be held outside of January for the first time since 1987, as planning for the grand slam continues to be thrown into chaos by the COVID-19 pandemic.
Reports emerged on Saturday that the Melbourne Park major could be pushed back as late as March or even April.
PATHETIC: Djokovic slammed over ‘despicable’ comments
DISAPPOINTING: Novak Djokovic lashes out at ‘shock’…