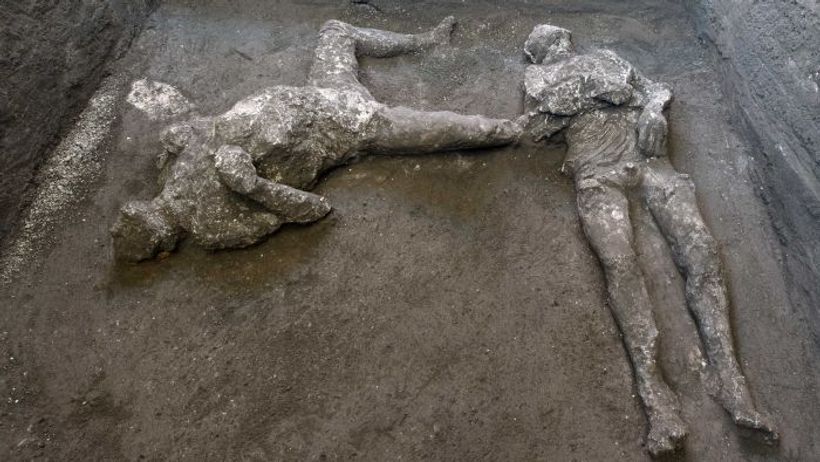 The skeletal remains of what are believed to have been a rich man and his male slave fleeing the volcanic eruption of Vesuvius nearly 2,000 years ago have been discovered in Pompeii, officials at the archaeological park say.

The partial skeletons were found during excavation of an elegant villa…