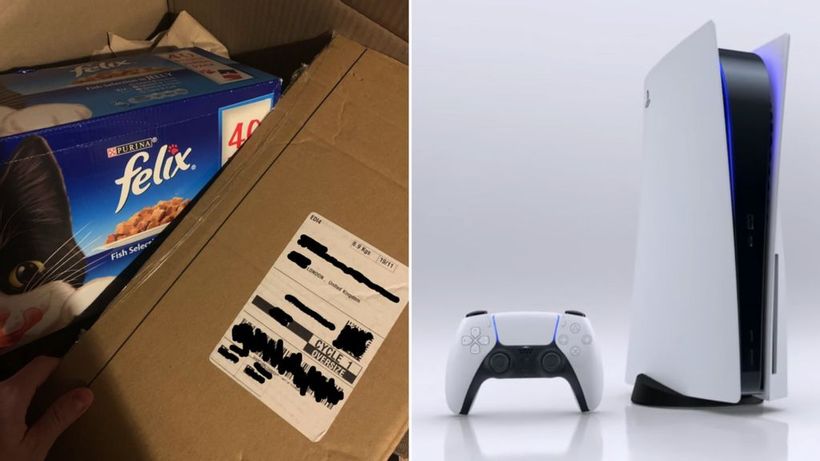 Amazon UK is investigating after several customers reported opening parcels that were meant to contain the newly released Sony Playstation 5, only to find pet food.
The PS5 consoles are some of the most sought-after items in Australia, after they sold out in minutes earlier this month, and started appearing online for as much as five times the retail price.
British gamers reported receiving anything from a box of Purina Felix Cat Food to a George Foreman grill – instead of the console.
Thanks Amazon…