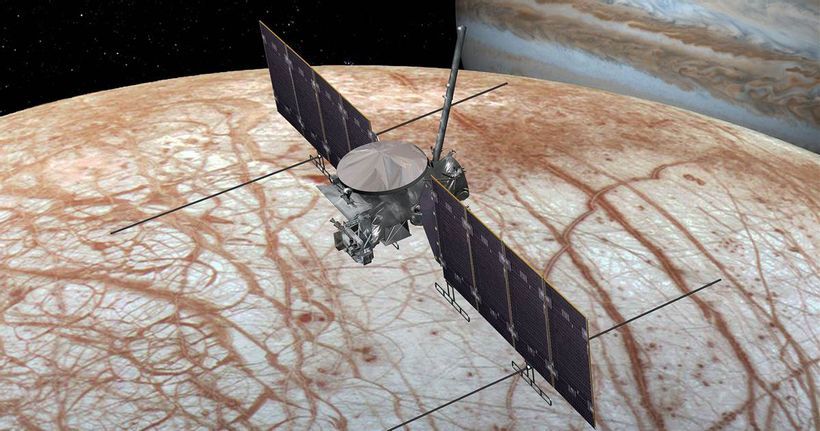 Intense radiation from the giant planet Jupiter causes the night side of its moon Europa to visibly glow in the dark a phenomenon that could help scientists learn if it can sustain simple forms of life, according to a new study.
The findings, published Monday in the journal Nature Astronomy, were the result of experiments by NASA scientists to study how Jupiters radiation affects the chemistry of Europa, which is thought to harbor a subsurface ocean of water.
And though telescopes havent yet observed…