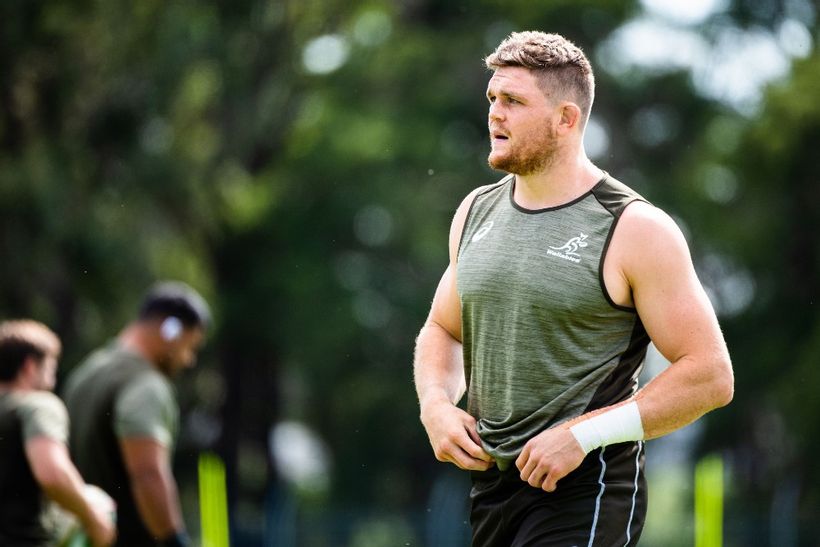 Michael Hooper believes Lachie Swinton can bring something New Zealand hasnt seen in a Wallaby jersey after being called up to make his debut against the All Blacks in Bledisloe IV in Brisbane on Saturday.
That something is raw physicality.
Few know Swinton better than Hooper, who has played alongside the 23-year-old for the past two years at the NSW Waratahs.
Yet, even before the former Junior Wallabies lock had even made his Super Rugby debut, this correspondent had felt the full weight of a Swinton…