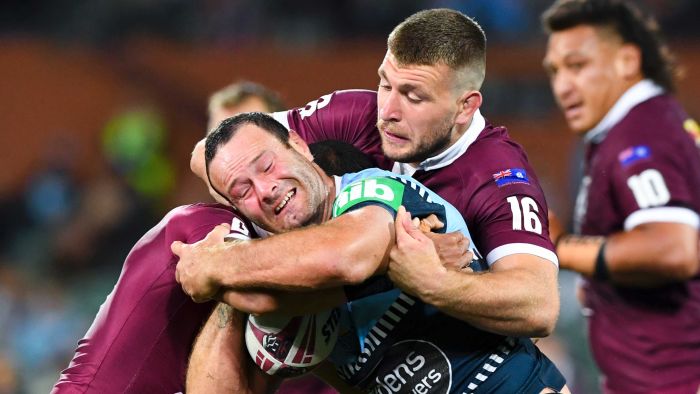 A dazed Cordner, who has suffered three recent rounds of concussion, was helped from…