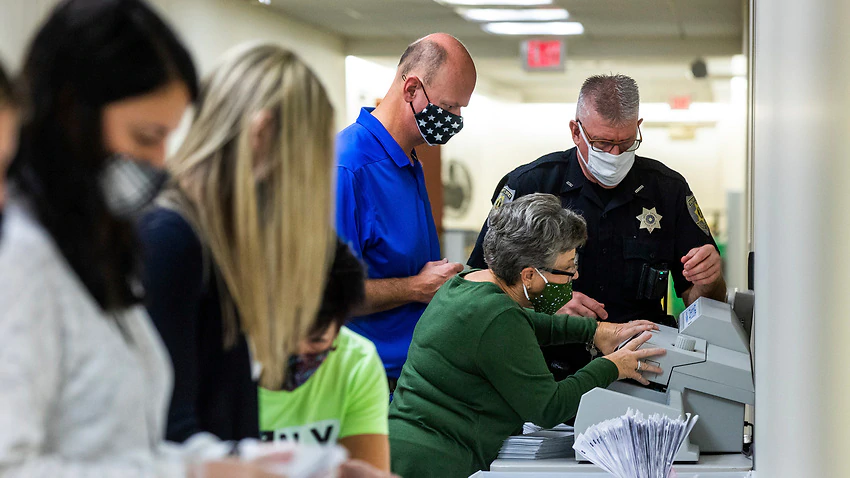 US election live results: Which states have been called and who’s winning?
Despite incomplete results from several battleground states that could determine the outcome of the US presidential race, President Donald Trump proclaimed victory over Democratic challenger Joe Biden on Wednesday.
The premature move confirmed worries Democrats had voiced for weeks that Mr Trump would seek to dispute the election results. That could set off any number of legal and political dramas in which the presidency…