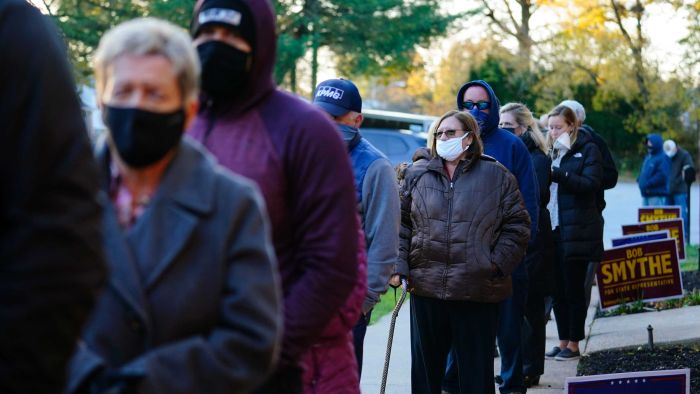 Election day in the United States has arrived and Americans are lining up to cast their vote in a poll that is being watched by the world and taking place at a pivotal time in the country’s history.
Heading into today, there were concerns about when a result might be known, whether it would be believed and what the reaction on the streets might be.
US President Donald Trump spent the morning in Washington DC and Arlington, Virginia, at the Republican Committee Headquarters, where he said he was…