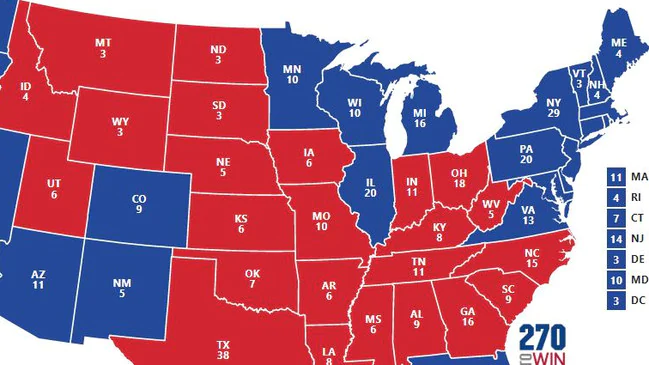 Its election day in the United States and all the last-minute polls are in.The majority of them show Joe Biden winning.
Joe Biden’s lead in the national polls is the largest of any candidate before an election since Bill Clinton in 1996.
But four years ago, the polls also suggested Hillary Clinton was going to win. Could they be wrong again?
This year things look better for Biden. His lead is larger than Clinton’s in every battleground state, and more than double her 2016 lead nationally. He’s set…