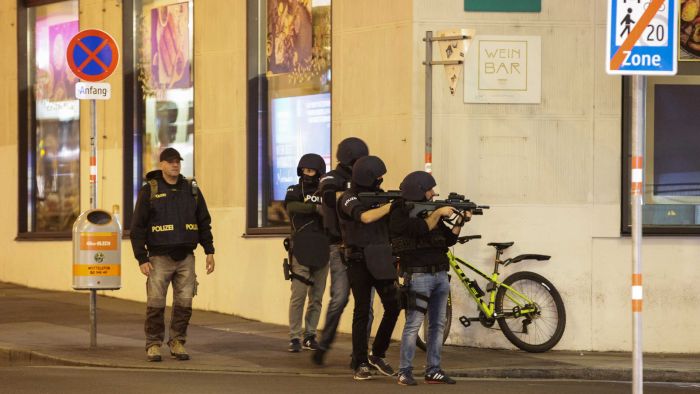 A terror attack in central Vienna has left five people dead, with at least one gunman remaining on the run, Austria’s Interior Minister says.
Key points:

Another 15 people were injured, including a police officer, during the incident in the Austrian capital on Monday night.
Among the five confirmed dead was one of…