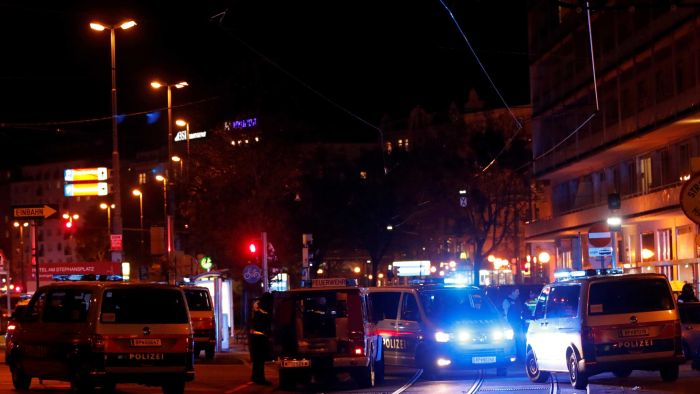 At least one person has been killed and several injured during a suspected terrorist attack in the Austrian capital Vienna.

Police said offenders armed with rifles had fired shots from sixareas near the Seitenstettengasse synagogue about 8:00pm Monday local time.
Police said an officer was among the injured.
…