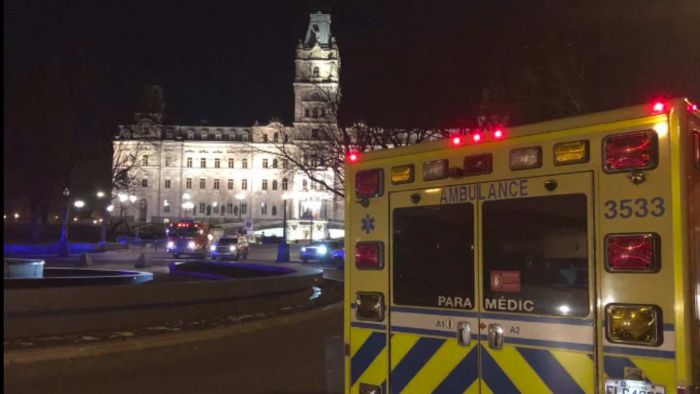 Two people were killed and five wounded after being stabbed by a man dressed in medieval clothes and wielding a sword in Canada’s Quebec city, police said.