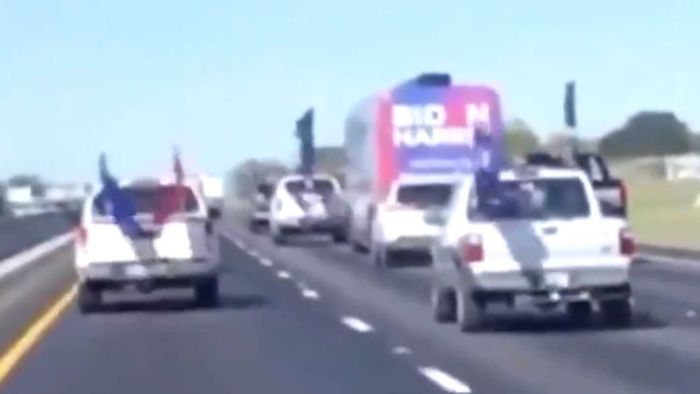 United States President Donald Trump has expressed admiration for supporters who surrounded a Biden campaign bus driving on a Texas highway, in an incident being investigated by the FBI.
Key points: