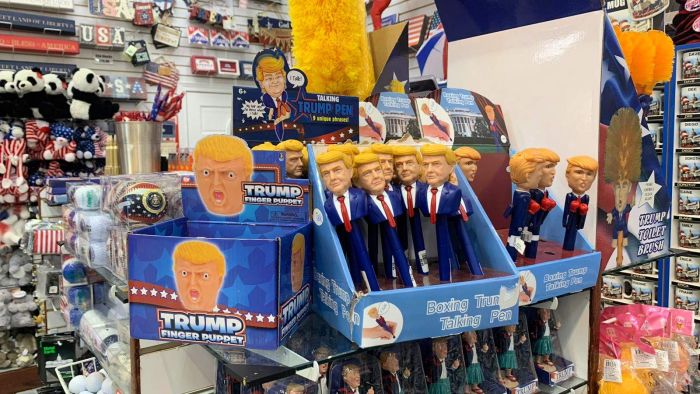 There’s no love lost in the relationship between Donald Trump and Washington DC.
The President swept to power promising to “drain the swamp”.
He regularly lashes out at the “deep state” he believes lies hidden in the State Department and intelligence community.
He has called Washington’s Mayor Muriel Bowser “incompetent”.
Washingtonians have made their feelings clear too.
It’s fair to say a baby Trump doll isn’t exactly flattering.(ABC News: Michael Rowland)
In this solidly Democratic town, Joe…