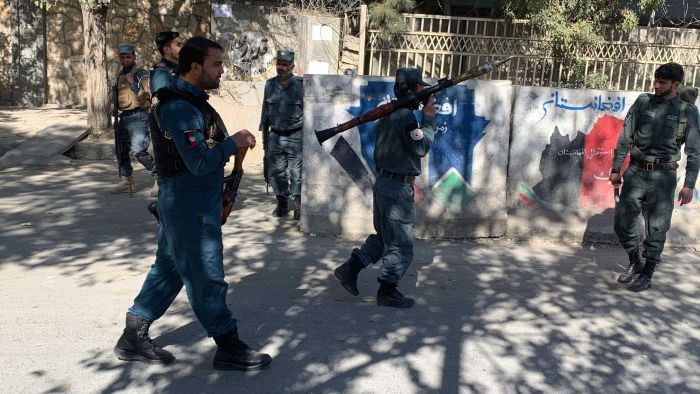 At least 22 people were injured in the attack.
Government spokesman Tariq Arian said three attackers were involved in the assault and all had been killed in the ensuing firefight….