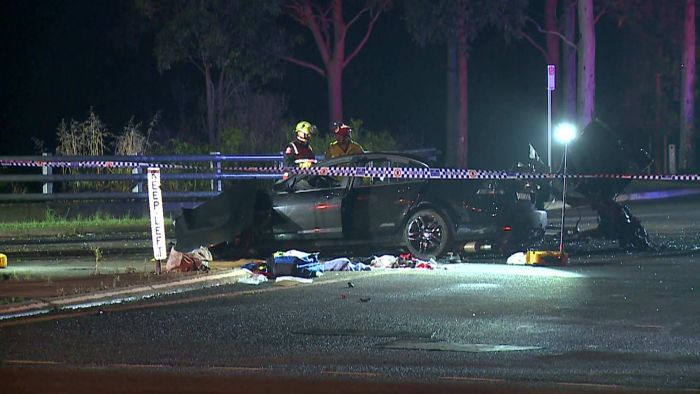 A Western Sydney man has been charged after he pursued three teenagers who allegedly stole a car from his home, ending in a horror car crash which left two boys dead.

It is understood the man, from Edmondson Park, had chased the teenagers in a second car…