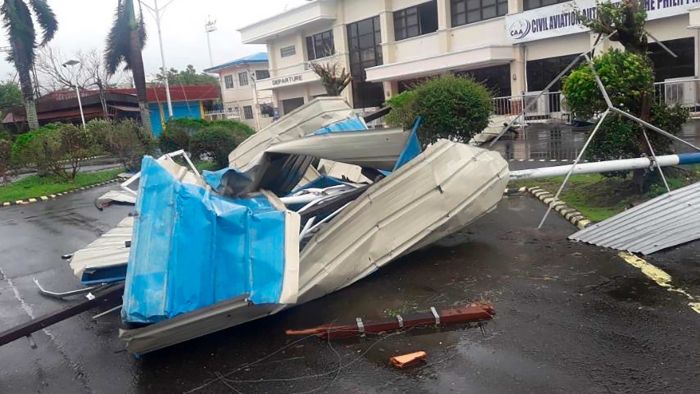 The world’s strongest storm of 2020 has made landfall in the Philippines, bringing “catastrophic” violent winds and reports of deaths as it moves towards the capital Manila.
Key points:

Typhoon Goni was downgraded from a super typhoon to…