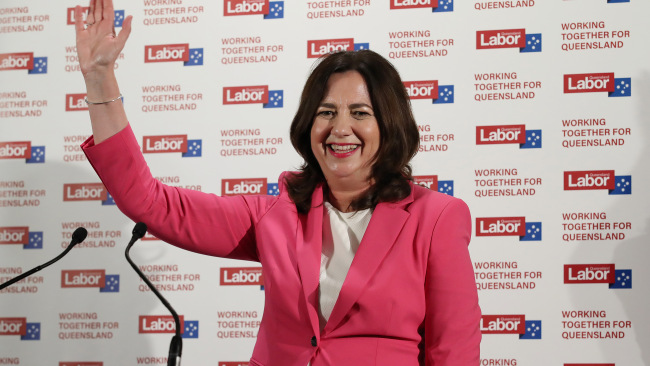 Annastacia Palaszczuk is yet to speak to her former deputy Jackie Trad, whos been ousted from her seat of South Brisbane but thanked her for her work.
During her first press conference as the re-elected Premier, Ms Palaszczuk said politics takes a huge toll on families and that she planned to speak to Ms Trad later today.
She said a very nasty campaign had been run against Ms Trad, when asked why Labor lost support in the inner-city seat.
“I think it was a very nasty campaign,” she said.
At the…