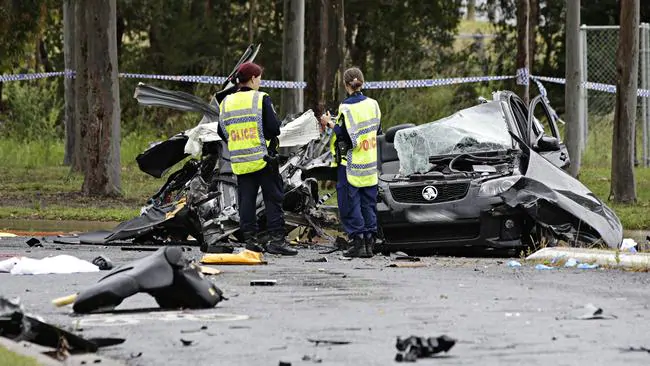 A man has been charged over a crash in Sydneys southwest that killed two teenage boys who were his passengers in a stolen car, police allege.Emergency services were called to an intersection in Abbotsbury just after 4.20am on Sunday after a Holden Commodore hit a pole.
Two boys, aged 15 and 17, died at the scene and a third, aged 17, remains in hospital.
A 37-year-old man was arrested at the crash site and taken to Fairfield Police Station, where officers charged him with five offences including…