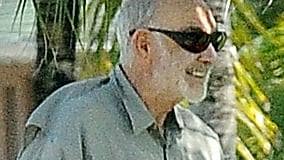 The late Sean Connery was spotted in public for the first time in three years just weeks before his death. On Saturday, the family of Sir Sean announced that he had died in his sleep at the age of 90.
The British actor was the first to bring the role of spy James Bond to the screen, a part he became famous around the globe for.
Born in Edinburgh, he would go on to star in scores of films from the Hunt for Red October to The Untouchables to Indiana Jones and the Last Crusade, almost always with…