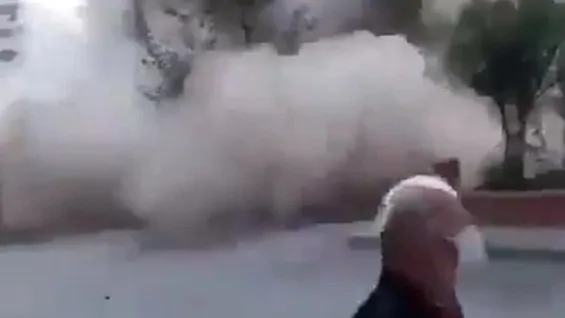 A powerful earthquake has rocked Turkey as it destroyed buildings and triggered a tsunami that swept through coastal towns.The quake registered a 7.0 of the Richter scale and had its epicentre 18km north of the island of Greek island Samos off the coast of Turkey.
The US Geological survey said the enormous tremor was felt as far away as Athens and Istanbul.
At least 20 buildings in Izmir, a Turkish city with population of 4.4 million, are said to have collapsed, Mayor Tunc Soyer told CNN Turk.
Rescue…