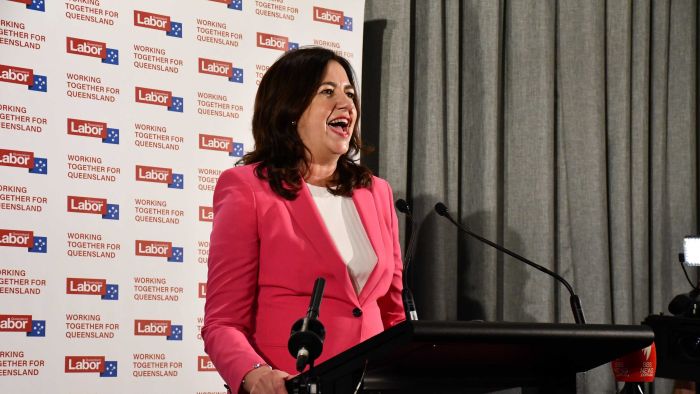 Premier Annastacia Palaszczuk has claimed victory in the Queensland election, making her the first female party leader in the state to win three elections.
The win delivers Ms Palaszczuk the first fixed four-year parliamentary term for Queensland.
Speaking to a room of supporters at party headquarters, Ms Palaszczuk said she was confident of securing a majority government and said she was “deeply humbled” to be Premier for the next four years.
She acknowledged it has not been an easy year for “many,…