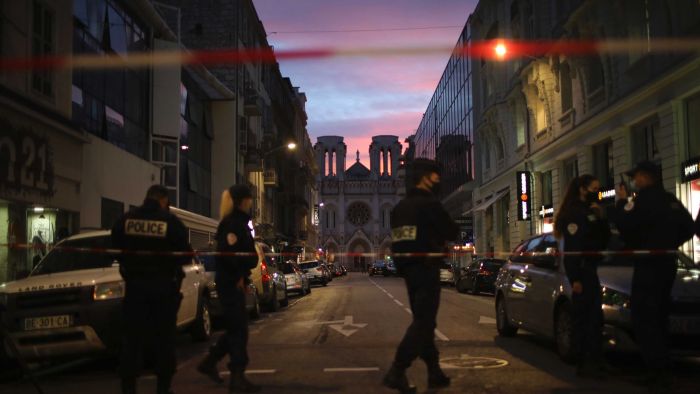 Family members of 21-year-old Brahim Aouissaoui, who is alleged to have killed three people in a terror attack on the Notre Dame church in the southern French city of Nice, are now under investigation themselves.
Key points: