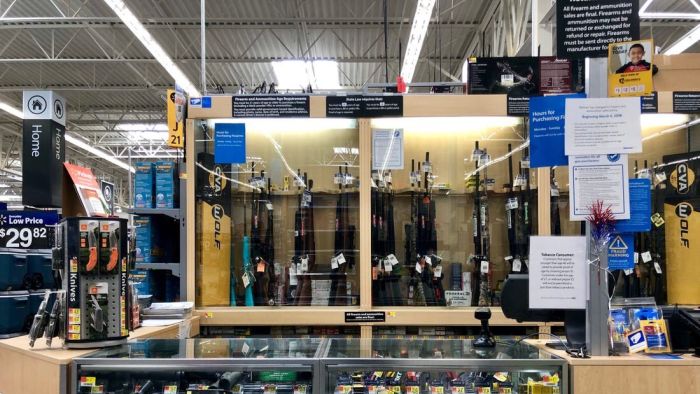 Walmart says it has removed ammunition and firearms from displays at its stores in the United States, citing “isolated civil unrest” in the country.

The nation’s largest retailer, based in Bentonville, Arkansas, sells firearms in about half of its 4,700 stores.
“We have seen some isolated…