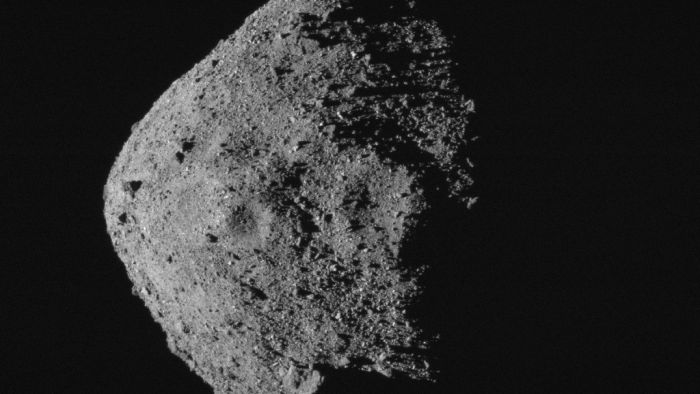 A NASA spacecraft sent to collect pristine asteroid samples has secured about 2 kilograms of material despite losing some of its precious loot because of a jammed lid, scientists say.
Key points: