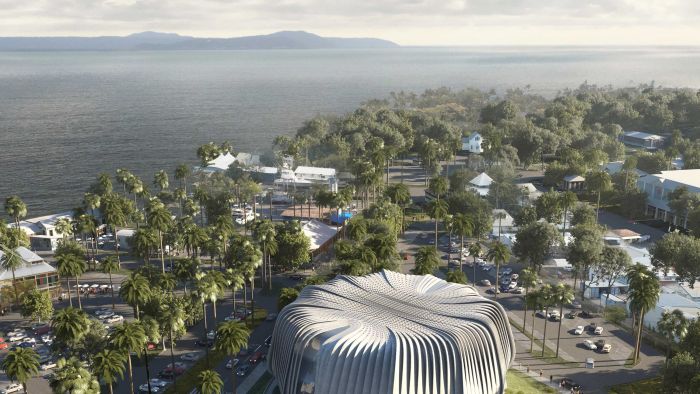 If built, the four-storey centre in Port Douglas, described as a ‘Noah’s ark’ for the reef,…