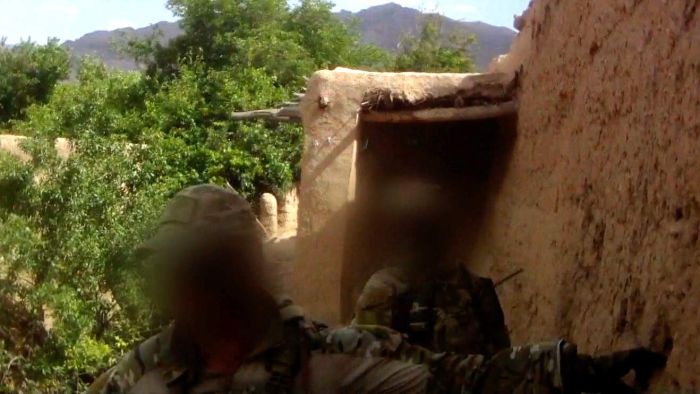 Video footage obtained by ABC Investigations shows members of an SAS patrol in Afghanistan talking about the apparent execution of a “totally compliant” prisoner by one of their comrades.
Key points:

The patrol commander describes the incident as “f***ing bullshit”.
“I’m not…