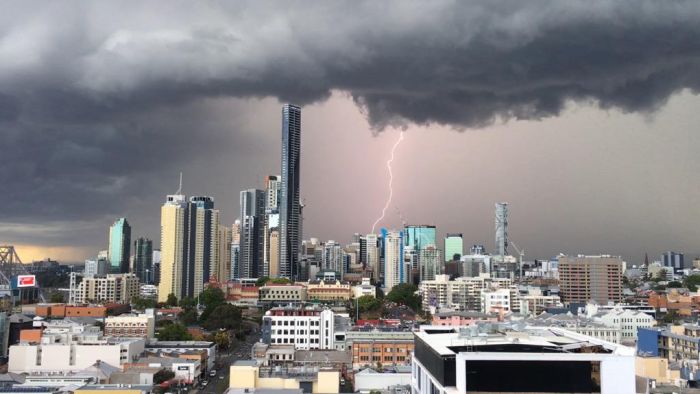 The early weather forecast is in ahead of the AFL grand final in Brisbane and, to the surprise of nobody who’s lived in Brisbane as spring slowly turns into summer, there’s a chance of a storm.
“Partly cloudy. Medium (40 per cent) chance of showers. The chance of a thunderstorm,” said the Bureau of Meteorology on Tuesday.
So what does that mean? What happens if there is a massive storm at the AFL grand final, with thunder, lightning and apocalyptic rain?
Will the game be delayed? Will it be c…