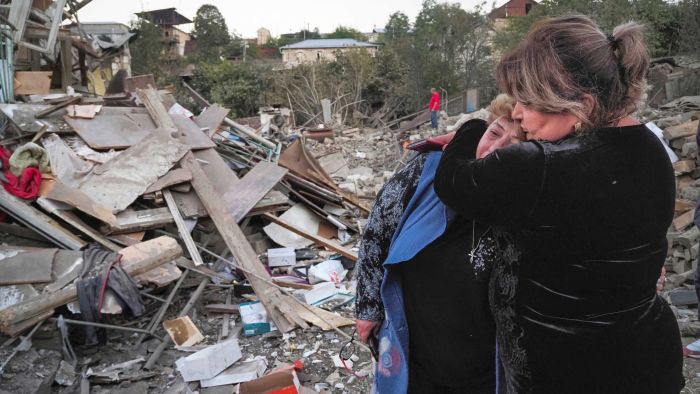 Armenia and Azerbaijan have accused each other of violating a new humanitarian ceasefire in fighting over the mountain enclave of Nagorno-Karabakh, just hours after it was agreed.

The truce agreed on Saturday came after…