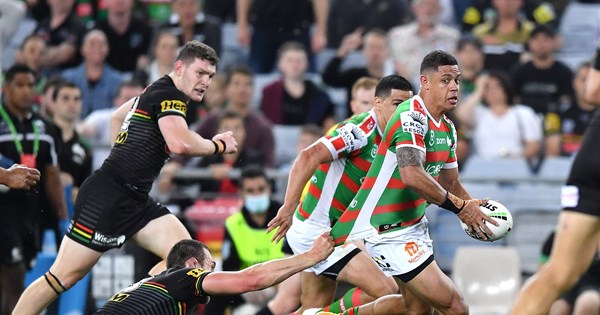 Captain Adam Reynolds admitted it hurt to have played in three consecutive preliminary finals without reaching a grand final but Souths coach Wayne Bennett is confident the clubs premiership window has not closed.
In their 20-16 loss to Penrith, the Rabbitohs were brave but the pre-game loss of centre Campbell Graham with an ankle injury was too much to overcome with James Roberts, Braidon Burns and Latrell Mitchell already sidelined, along with Queensland Origin second-rower Ethan Lowe.
Benn…