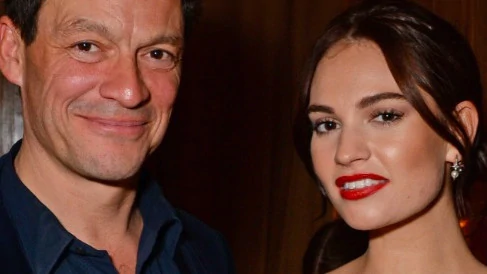 Actor Dominic West was seen passionately kissing younger co-star Lily James on a busy flight.Married West, 51, and Lily, 31, snogged as they flew out to Rome, where he was later spotted nuzzling her neck in a restaurant.
Pictures in The Sun of them cuddling during lunch in the Italian capital have already caused a sensation.
And a shocked witness on the British Airways trip said: “I recognised him instantly but wasn’t sure who she was.
“At first, I thought she was his daughter, as I knew he w…