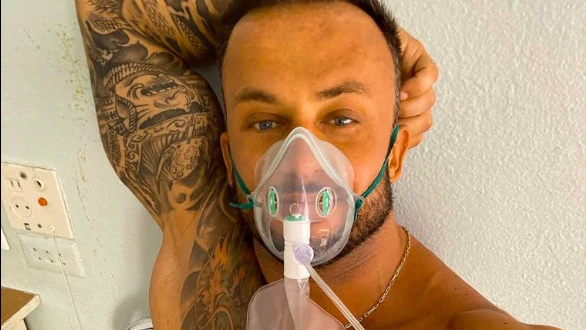 A fitness influencer who thought COVID-19 didnt exist has died at the age of 33 after contracting the virus on a trip to Turkey.Dmitriy Stuzhuk had been discharged from hospital in his native Ukraine after testing positive- but was rushed back as his health rapidly deteriorated.
To his one million subscribers, the 33-year-old appeared super-fit as he promoted sports and healthy living.
But his ex-wife and mother of his three children, Sofia Stuzhuk, 25, who announced his death, said coronaviru…