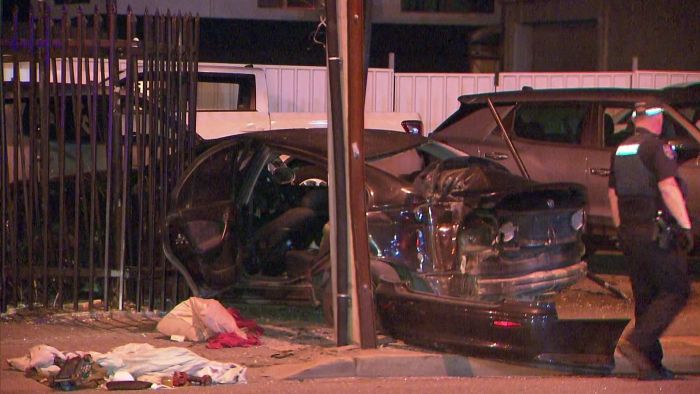 An Adelaide man who allegedly crashed into a car yard after trying to avoid police road spikes while unlicenced, unregistered and uninsured has been arrested.