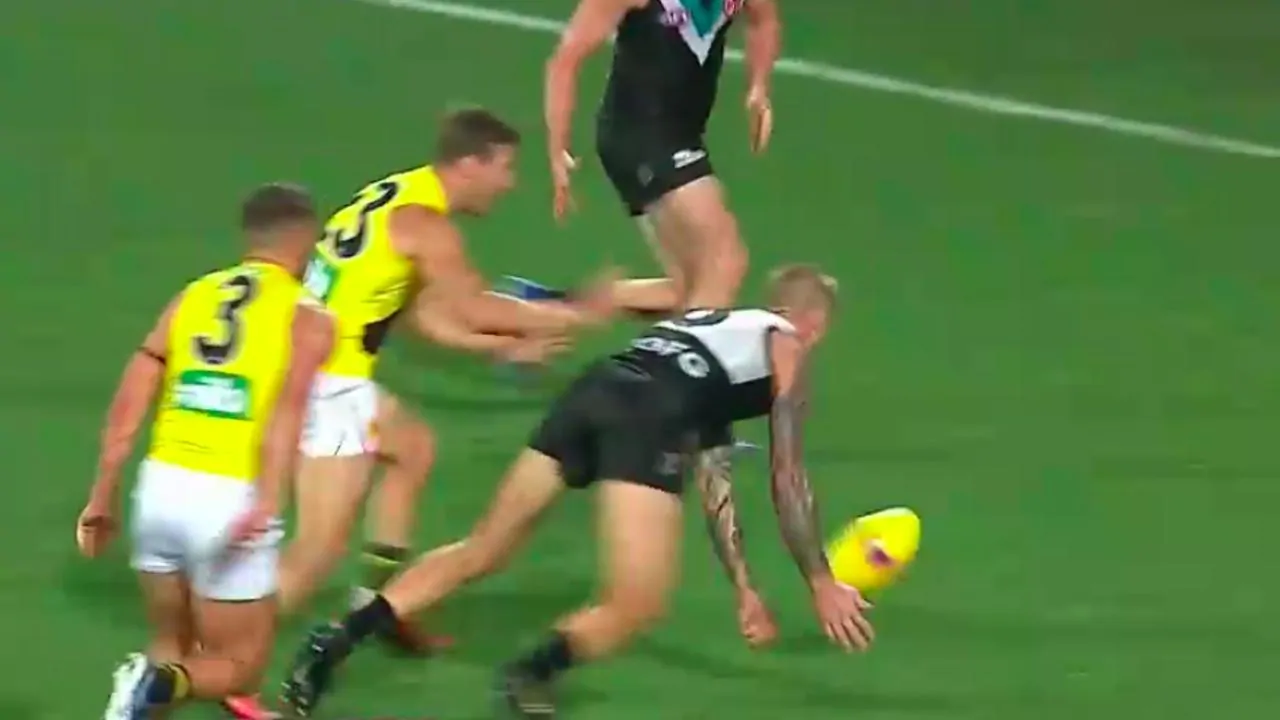 Fans were left bemused by a number of umpiring calls throughout the Port Adelaide and Richmond final, with a number of inconsistent calls.
But it was one specific incident late in the contest that certainly had a bearing on the result, as Richmond were rewarded with a shot on goal from 25 metres out after a deliberate was paid against Ports Hamish Hartlett.
Watch the 2020 Toyota AFL Finals Series on Kayo with every game before the Grand Final Live & On-Demand. New to Kayo? Get your 14-day …