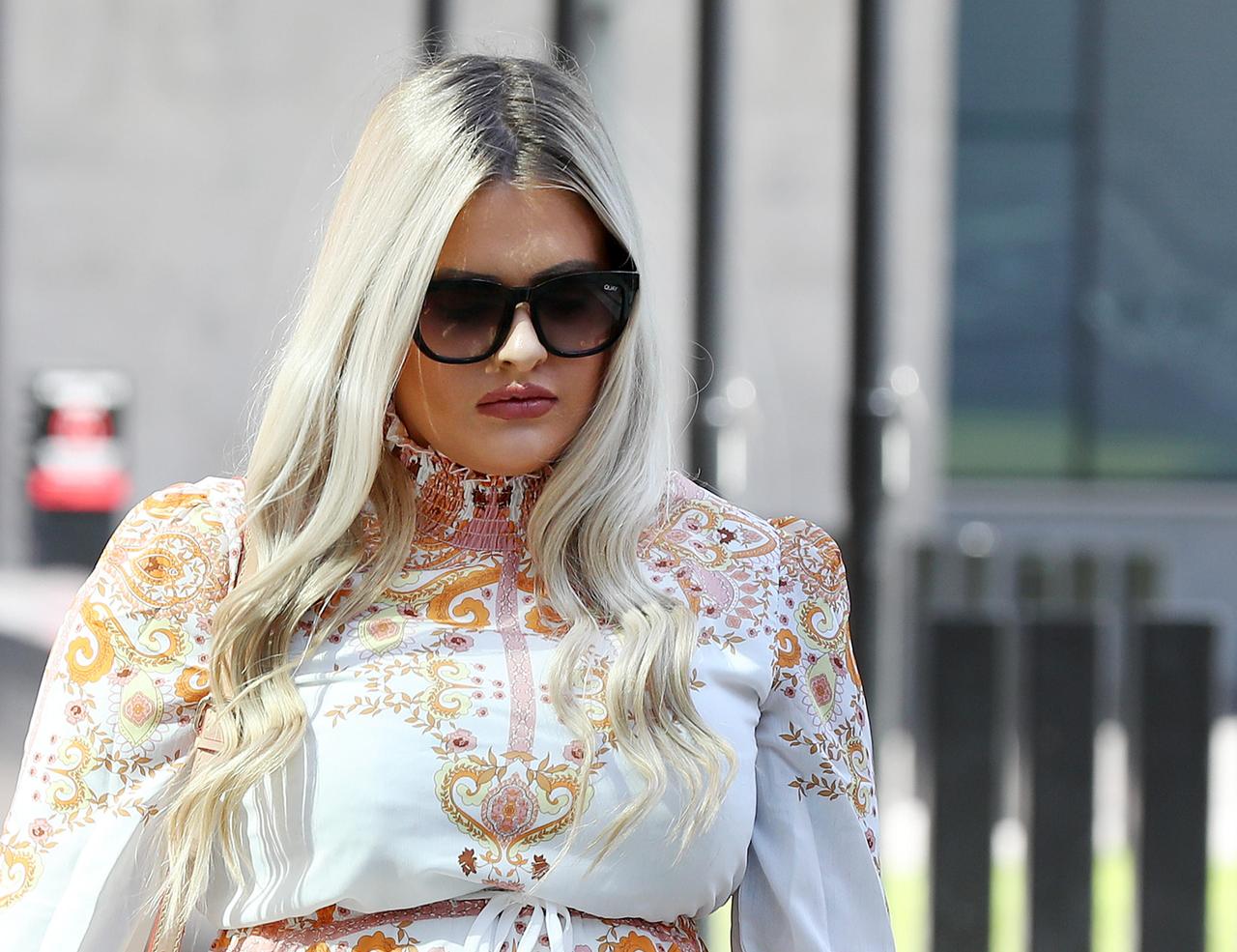 McKenzie Lorraine Robinsons defence lawyer sensationally told the court the 18-year-old never intended for the private video, which was sent to a trusted friend who then shared it across social media, to become a public sex scandal.
The Brisbane teenager was fashionably dressed and carrying a Louis Vuitton handbag for her appearance at Brisbane Magistrates Court on Friday
She was charged over the videos release in August after Staggs complained to police when the file was circulated online.
P…