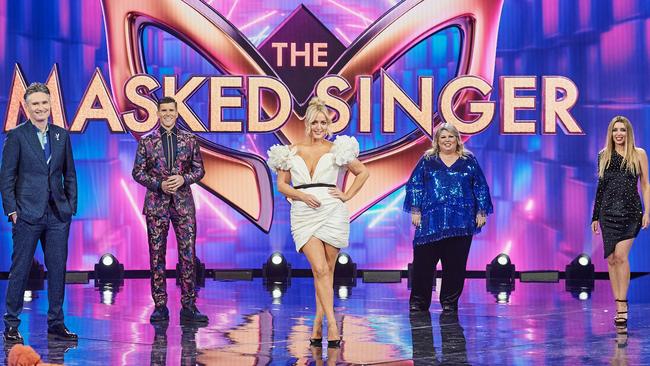 The door is ajar for Lindsay Lohan to return to The Masked Singer Australia.The Mean Girls star appeared on the first season of the show but was unavailable to travel to Australia for this year’s series due to the pandemic.
Instead, Lohan was replaced on the guessing panel by comedian Urzila Carlson.
Channel 10 today announced its list of shows for 2021 and the press release about The Masked Singer suggested the judging line-up would remain unchanged next year.
“Host Osher Günsberg and our pa…